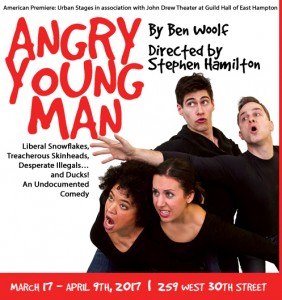 “Skip this review, and go buy a ticket to the funniest show in New York. Nothing I can write here is as entertaining as Ben Woolf’s script delivered by the four brilliant clowns/comedians/comic actors in the ensemble under the direction of Stephen Hamilton.”

“As individuals, these actors are superb physical comedians; as a foursome, they’re a well-calibrated ensemble, operating in the manic traditions of Beyond the Fringe, the Marx Brothers, and the Three Stooges… Director Stephen Hamilton keeps the action moving at breakneck speed…The performers pass their roles back and forth among themselves with the grace and finesse of the Harlem Globetrotters handling a basketball. The on-stage frenzy, with mistaken identities, quicksilver changes in emotional temperature, and new characters constantly turning up, could easily confuse a spectator; but Hamilton and his cast ensure that the wacky, tangled narrative stays clear and the dramatic personae are distinct.” 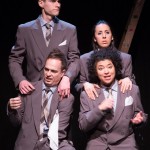 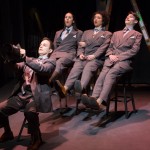 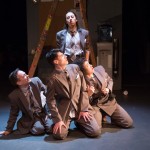 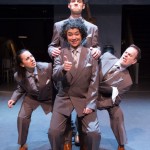 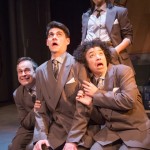