All My Sons | Stephen Hamilton 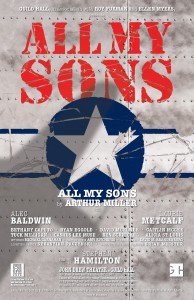 A Review of ‘All My Sons’ in East Hampton – June 20, 2015
“A searching wind, driven by a nighttime thunderstorm and heightened by the scream of an airplane’s engines, sets in motion a worthy revival of Arthur Miller’s “All My Sons” at the John Drew Theater in East Hampton. Nightgown whipping in the blast, a woman stumbles out of her home to witness with horror the toppling of an apple tree in the backyard.
These turbulent moments are not mandated by the text of Miller’s drama, which opens placidly upon a sunny morning following the storm. This symbolic prelude has been devised by Stephen Hamilton, the production’s director. It foreshadows Miller’s thoughtful 1947 tragedy about a successful businessman whose irresponsible practices during World War II will ultimately destroy his family.

As directed by Stephen Hamilton, the cast of “All My Sons‚” at Guild Hall……. provides a flawlessly acted production.”

‘All My Sons’ review: Alec Baldwin in Arthur Miller play in East Hampton – June 16, 2015
“On its own merit, “All My Sons,” now resurrected in stunning Hamptons glory — starring Alec Baldwin, Laurie Metcalf and a promising newcomer to the stage, Ryan Eggold of TV’s “The Blacklist” — remains a landmark in American drama.

‘All My Sons’ at Guild Hall Not to Be Missed – June 15, 2015
“Let me state unequivocally that it is regional theater of the highest quality, and that fans of serious drama should not hesitate to try and secure a ticket before the show’s run is finished….?The director, Stephen Hamilton, is successful in wrenching every last emotion from the script and for this Mr. Baldwin can certainly take his share of credit…. It is the can’t-miss cultural event of the Hamptons season.”

‘All My Sons’ Is Simply Superb – June 15, 2015
?“Sag Harbor resident Stephen Hamilton directs this vibrant staging, and two-plus hours are seemingly over before you blink.?If there are any seats left, grab ’em quick, and don’t miss this splendid evening of high drama and great theater.”

Morality Tale Boils Over with Talent in Hamilton’s Staging of “All My Sons” – June 15, 2015
“Each and every person on stage and behind the scenes—from director Mr. Hamilton to first-timer Cashus Lee Muse—deserves every single standing ovation they are sure to get during this superlative show’s run. 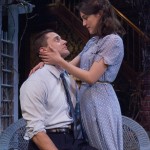 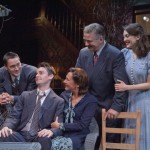 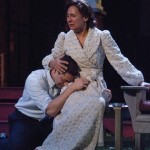 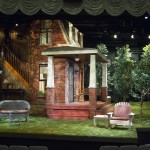