News from the Unified Audition Front 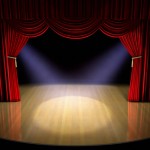 I recently received the following e-mail from a student of mine. Collin Sanderson is a talented “triple threat” and a senior at Orange County High School for the Arts.  I’ve been working with him via Skype in preparation for his unified auditions this past weekend in Los Angeles.  I thought it might be helpful and informative to other students who are preparing and auditioning for university theatre programs across the country.  GOOD LUCK TO YOU ALL!  And thanks, Collin, for allowing me to share this:

“Hi Steve,
I wanted to inform you all on how my auditions went this weekend.

NYU
I had NYU in the morning.
The dance audition was a lot of fun.  We learned a dance combo that was a combination of ballet technique, jazz technique, hip hop and a little bit of African.  The dance teacher was really nice and he would say that this day is “about celebrating you.  Breathe.  And have fun.”
My voice audition went well too.  The adjudicator and the accompanist were really nice.  After I sang both of my pieces they tested my range and I sang scales.  They took me down to an A and then took me up to an A flat.  Then they asked me if I could sight sing and I said “yes.”  So they handed me a piece of sheet music that had 4 or 5 staffs on it.  They asked me to sing the bottom staff and I sang it.  I though it went well.
Then I had my acting audition.  I went into the room and I did both of my pieces.  Then after I was done, the adjudicator said that he wanted to see my first piece again (my dramatic piece).  He said that he didn’t get the feeling that I was reacting to my father.  So he sat me down and then he wanted to hear me simply talk, be sincere and honest.  Then he stopped me again and said that when I say to my father that “I killed a man” he said that he didn’t know how I was feeling and that it seemed like I didn’t feel anything.  So he listed out around 4 hypothetical questions to think about and then he had me do the piece again.
Then he asked me 4 questions:
What was a risk I have taken?  I started talking about a risk that I have taken dealing with theatre.  But then he said that he wanted to know a risk not dealing with theatre.  And unfortunately I couldn’t think of one.  I spent a really long time thinking and nothing came to mind.  I’ve had a lot of challenges that I have had to overcome but risk not relating to theatre, I didn’t know?  So I told him that I was sorry and that I didn’t know.
Then he asked me what was a global or national event that has changed me?  And I answered that.
Then he asked where do I see myself in 10 years?  And I answered that.
Are you interested in any of the other studios?  I said yes.
And then I was done.

The Hartt School, University of Hartford
Hartt was a lot of fun.  I learned a simple, fun, rock and roll dance combination.
Then I sang both of my pieces and did one of my monologues.  It went really well.  They asked me if I had any questions so I was in there for a really long time asking them questions about the program and such.
It felt like they really cared about me as an individual.  I liked that.

Texas State
Texas State went really well.  It was just me and Ms. Hopkins in a hotel room (which was kind of funny – there was a couch, a table, a bed and everything).  Her sister was in there as well (she was video taping).
I felt like I did my pieces really well.  Mrs. Hopkins took a lot of time looking at my resume and seeing who I’ve worked with and how much dance training I’ve had.
She was so nice and very supportive.  She told me that I was going to do great at all of my other auditions.

I had my Roosevelt University Audition and Emerson College Auditions.

Roosevelt University: Chicago College of the Performing Arts
Roosevelt went AMAZING.  It was just me and Mr. Sean Kelly (the director of the department).  I did all of my pieces and after I was done he said that he loved my work and that it was a pleasure to watch me.  He also said that he has no doubt that I will have a successful career on Broadway.  Then he basically told me that I got into the school.  He told me that when I get my letter which will most likely say yes you are accepted that he will get me connected with Freshmen to talk about the program.  He also said that he would love to work with me for the next 4 years.  He knows that I will have a lot of other offers, but he hopes that I will consider Roosevelt.  He said that he was going to fight for me.

Emerson College:
Emerson went well.
We spent 40 minutes in the dance room with Steven (the director of Musical Theatre at Emerson).  He told us all about the program and how it’s focus was to make us better actors.  Everything was concentrated on acting.
We then learned a very simple dance to Hairspray and then we spent most of the time, talking about the dance/song and breaking it down into an objective, intentions, and tactics.
After we finished the dance portion we sang.
I sang both of my pieces.  He had me sing She Loves Me a second time because he felt like there was more voice inside of me that I wasn’t giving him.  So I sang it again, trying to give him more voice/volume (which I think I succeeded at).
Then I did one of my monologues (my dramatic monologue from Quiet in the Land).  I felt ok about my monologue.  I didn’t get to the place where I wanted to, but I can’t expect perfection every time.

Boston Conservatory
I had my dance audition at 10am.  It was a 90 minute dance audition.  It was so much fun.  It was with Michelle Chasae who is incredible.  We did a ballet across the floor and then we learned a really long Musical Theatre number to Tear Down the House from the musical Memphis. I felt really good about the dance audition.
Then at 5:30pm I was the last person to have their voice/acting audition.  I sang both of my pieces and did both of my monologues (my dramatic monologue and my Taming of the Shrew monologue).  After I did my pieces, I sat down with Neil the director of the program and we talked.  He asked me questions about my resume, “How do you like OCHSA?” and “How long have you worked with Anne Runolfsson?”  Then he asked me if I had any questions and then I asked him about 3 – 4 questions about the program.  Then I was done.
Overall I felt like it was a great weekend.  I did my best and that’s all I can expect of myself.

Thank you all for your help in helping me prepare and improve in my audition pieces and thank you for your support and guidance.  I greatly appreciate it.

← An Inspirational Message About Failure