An Inspirational Message About Failure 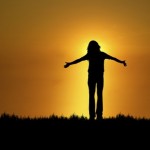 Here’s an inspirational message from Director, Producer and Acting Teacher, Risa Bramon.  Risa was an important collaborator early in my acting career in New York.  She directed a play at Ensemble Studio Theatre, one of my first breaks in the business, from which important relationships were established that exist to this day:

“I recently read J.K. Rowling’s Harvard Commencement speech from 2008: The Fringe Benefits of Failure, and the Importance of Imagination. And what hit home was the idea that failure is what forms us; it’s what shapes how we move forward in our lives. That said, it can either paralyze us or inspire us. It’s our choice. I’m starting to understand that we’ve got to turn our failures and our pain into the fuel for imagining and creating our deepest work and our truest selves. The failures that we’re bold enough to embrace will lead us to our inspiration.

J.K. (Jo, who took the initials to fool boys into thinking she was a he, as per her publisher) revealed that without the pain of her mother’s death, a failed marriage, poverty, and clinical depression, Harry Potter would not have been what it is. It very likely wouldn’t have been at all. What are we doing with our hurts and our follies? What catharsis are we afraid of? Do we dare to open the crucible and let ourselves be flooded with the depth of our histories? How can we accept the gift of our failures and clear the way for our most profound creations?

I’ve been struggling with my connection to failure. For my new website (to be finally launched this month) I’ve been exploring a part of my own history, archiving reviews and articles from the my long theatre (and film) career in New York. In going back and reading the clippings (with both nostalgia and apprehension) I found that I was too often attaching myself to the criticism (the petty, the biting, the misguided). And I’d replay events in my mind – What could I have done differently? Why didn’t I? What was wrong with me? I didn’t savor the great reviews, or even the good ones, or the in-depth articles on my achievements. I was doing what I tell every actor never to do (in their careers or in the scenes they play) – I was sitting inside the problem, the failure, and marinating in it. Well it’s time to climb out of that warm bath of regret. Bust open the crucible… and turn the failures, the mistakes, and the pain into fecundity (I love that word: fertility, productiveness). Into wisdom. Into deeper, more complex, exciting work. It really is the gift of our blunders and our anguish. It’s what, if we let it, grows us, braces us, and determines our artistry and our humanity.

This is some of what J.K. said:

“So why do I talk about the benefits of failure? Simply because failure meant a stripping away of the inessential. I stopped pretending to myself that I was anything other than what I was, and began to direct all my energy into finishing the only work that mattered to me. Had I really succeeded at anything else, I might never have found the determination to succeed in the one arena I believed I truly belonged. I was set free, because my greatest fear had been realized, and I was still alive, and I still had a daughter whom I adored, and I had an old typewriter and a big idea. And so rock bottom became the solid foundation on which I rebuilt my life.

You might never fail on the scale I did, but some failure in life is inevitable. It is impossible to live without failing at something, unless you live so cautiously that you might as well not have lived at all – in which case, you fail by default.

The knowledge that you have emerged wiser and stronger from setbacks means that you are, ever after, secure in your ability to survive. You will never truly know yourself, or the strength of your relationships, until both have been tested by adversity. Such knowledge is a true gift, for all that it is painfully won, and it has been worth more than any qualification I ever earned.

So given a Time Turner, I would tell my 21-year-old self that personal happiness lies in knowing that life is not a check-list of acquisition or achievement. Your qualifications, your CV, are not your life, though you will meet many people of my age and older who confuse the two. Life is difficult, and complicated, and beyond anyone’s total control, and the humility to know that will enable you to survive its vicissitudes.”

The entire speech can be found in the Harvard Magazine: http://harvardmagazine.com/commencement/the-fringe-benefits-failure-the-importance-imagination”