A Swan Song to Remember 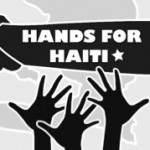 Word of the Fed’s civil suit against Goldman Sachs came down just a few hours before the final dress rehearsal began.  There may have been a few of us, student performers, faculty and designers last Friday night backstage at the Avram Theater that made the connection. The cause and disastrous effect that one little week before had so devastated the student body on the Southampton Campus:  Wall Street Greed and Excess plus Ruin and Recession equals disastrous cuts to SUNY and poof…. no more undergraduate program at Stony Brook Southampton.  But we were rehearsing the First Annual (and never to be seen again) Stony Brook Southampton Spring Arts Festival, a full day of dance, theater, music and poetry created and produced by the students and faculty of Stony Brook Southampton, and that evening, though our undergrad artists were in shock staring long into an uncertain future, they had an audience in a few short hours, and right now that was all that was on their minds.

And what a celebration it was!  From 2 o’clock in the afternoon until 10 last Saturday over 50 student performers and 300 or so undergrad, faculty and community audience gathered to celebrate the arrival of Spring and raise money for Hands for Haiti, a relief effort founded by local high school junior Dayna Troisi.  And it wasn’t just Southampton Undergrads onstage.  East End middle school fiction writers and high school poets of the MFA Program in Writing and Literature ‘s Young American Writers Project joined hands with undergrad musicians, dancers and vocalists, MFA playwrights and actors,  – an incredible sampling from throughout our community – all of them raising there collective voices in celebration of love and redemption, sex and joy, humor, sadness and despair…everything that art and youth has to say about life in hard times.

There were far to many inspiring moments from talented performers to single out, but the commitment and vision of the festival producer, Bill Burford, Stony Brook Southampton Dean of Students, as well as the hard work of his production team – a mix of students and professionals – deserves a shout out and salute.

What was intended to become an annual event had become a swan song.  But that is not the how this story ends.  The story is and will always be remembered as nothing less than triumph of art over adversity.  As Walt Whitman wrote in Leaves of Grass “I celebrate myself and sing myself… I sound my barbaric ‘yawp’ over the roofs of the world!”  Last Saturday, our young sounded their ‘yawp’ over the Shinnecock Hills, and it couldn’t have come at a better time for us all.